This past Saturday involved a trip to a near-ish park, where we took Asher on some hiking trails. This killed two birds with one stone. First stone: get off my ass. Second stone: socialize the dog by encountering other park goers and their dogs. We skipped the dog park section since the county requires paperwork and an annual fee, both of which we can do but just haven't gotten around to doing it yet.

The hike was kept short, since my chest was feeling heavy. That isn't a new sensation; it happens whenever I over indulge in salty stuff and my body freaks out, retaining excess fluid around my heart and lungs. I popped an extra pill later to help with that, but the hike helped as well. Exercise: A+. 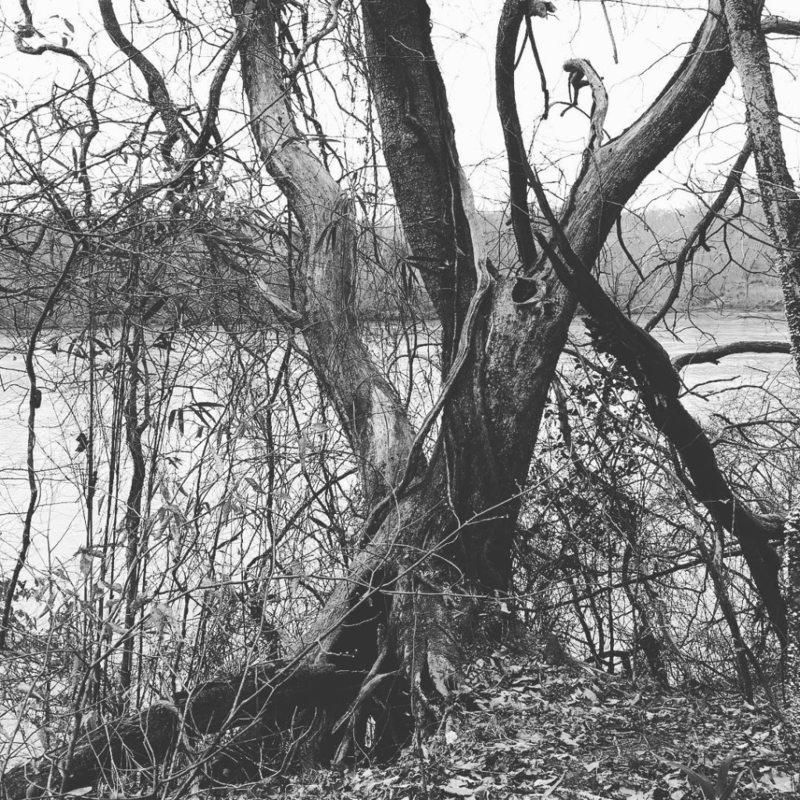 Crazy tree along the hiking trail. You can see the river behind it. 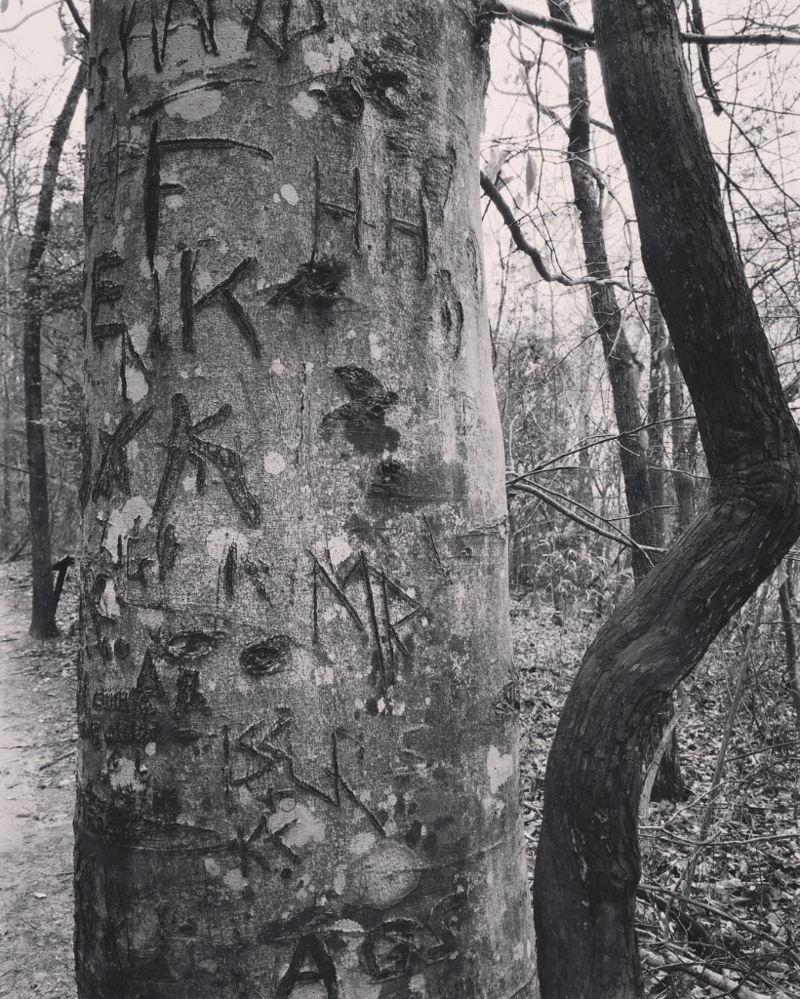 On the way back down the trail we encountered this tree of carved initials.

On our way back to the car, I was feeling good enough to make small hops down sloped areas, trying to "go with the flow" as the descent tried to increase my pace. It ended with my making a spectacular slip on a great deal of small rocks. I probably looked like a geriatric attempted the iconic superhero pose, after having jumped and landed from a great height. I don't have superhero shins, though, so I got a bit banged up.

I left some skin on the trail that day. Maybe a couple drops of blood. Nothing serious, to be honest; just some bruising and what looks like a really bad first attempt at shaving my legs.

Once home and cleaned up, I settled into some reading and knitting. I've been mostly frogging things lately, so I wanted something quick that would satisfy my need for (relative) instant gratification. There were two skeins of super bulky yarn, from The Lemonade Shop, that I'd been hoarding. It was part my loving the skeins too much, and part not knowing what to do with them.

Then came The Vermonter. A super bulky hat with a large pom, and just enough detail to keep it from getting boring (if a quick knit could take enough time to become boring, I guess). Since there wasn't enough of one color for an entire hat, I decided to make it some simple colorwork, switching between the Mega Toxic Oreo and Sugar Coated colorways. In short order, I had a hat that, let's face it, I won't be able to wear. At least not for much longer. Days here are already getting into the high 70s F. 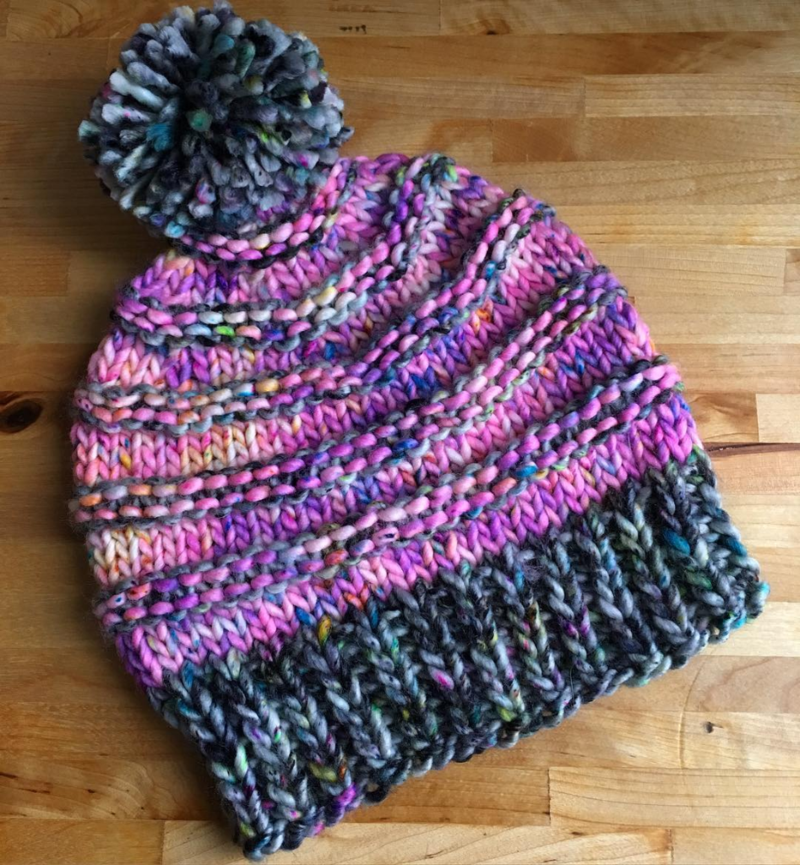 Things I would change if I knit this again: go up a half size in needles; and do an extra repeat before the decreases. Regardless, I've got this gorgeous thing sitting on a nearby table, just...staring at me. Do I just knock the AC down and wear it anyway? Knitter problems.