Rescuing and Being Rescued - A Love Story

Due to our intense love for Rowan, who happens to be Caryn's first dog, we frequently have to keep each other in check. No, we cannot afford another dog--neither in time or money. No, we honestly don't have the energy to keep up with our crazy Border Collie mix, regardless of how she's creeping closer to 9 years old, has arthritis in her back legs, and requires a chiropractor to align her back. (Know of any animal psychics that can tell this dog she needs to slow down?) 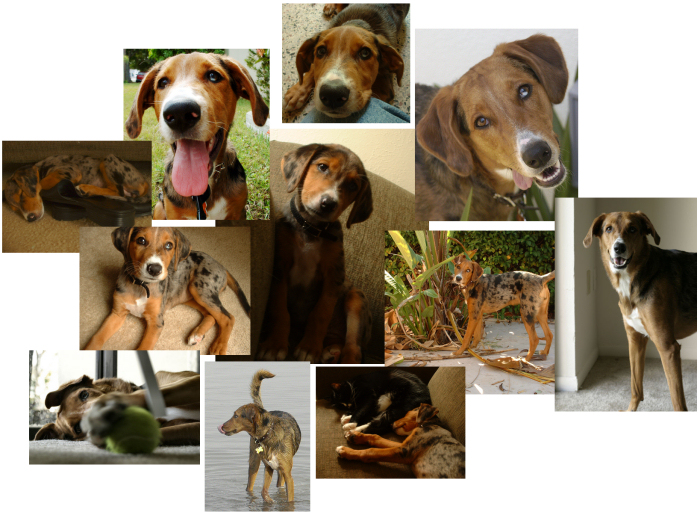 But we love her and, because we love her, we wouldn't trade her for anything. Instead of being frightened by her Houdini escapes from locked-up, and shut-tight, houses, we were amused and learned to double-check windows and doors before we left home. Instead of giving her up when she became aggressive with the cat, we learned to modify the behavior best we could and figured out a way to give both animals their own space when necessary. (You can see that it wasn't always an issue if you find the photo of puppy-Rowan where her head is practically up Siren's butt, both of them completely passed out on the couch. Spaying and neutering can really bring out odd behaviors in animals.)

Caryn and I were presented with Rowan during a visit to Caryn's mother's house, roughly a 45 minute drive from where we were living at the time. I had left at some point and, while gone, Caryn's mother relayed a story she was told by a neighbor...

The neighbor, or neighbor's daughter, was driving down a highway in the middle of Nowhere, Florida (I honestly don't remember the name, so we're calling it 'Nowhere' for now). As they were driving, they happened to notice that a dog, along with a box, were tossed to the side of the highway. After stopping to check on the dog, they looked into the box and found that it contained a litter of puppies. Thankfully, both for the animals and for us, they took the litter of pups, and what turned out to be the pups' mom, home. They couldn't be kept together, so some were taken to the home of the neighbor's daughter, and the neighbor took the mother and one of the pups.

After hearing the story, Caryn had to meet the lone puppy. With what some might consider kismet, the puppy promptly peed all over Caryn when it was picked up. I don't know about you, but I wasn't aware urine caused an instant bond between human and canine. It clearly worked as Caryn was instantly won over and that puppy became our Rowan. 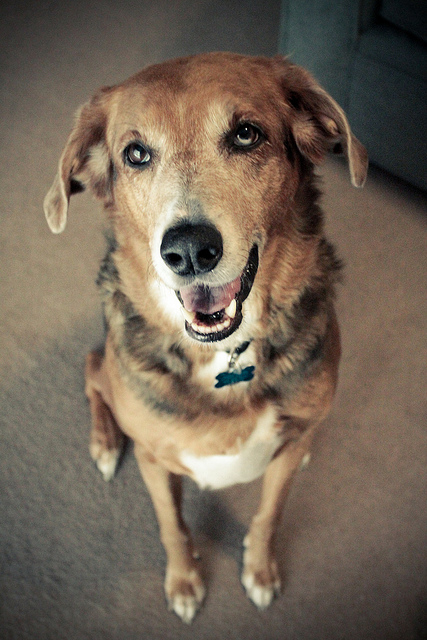 Rowan has been, and continues to be, such a blessing in our lives. From the moment we realized we weren't crazy for loving her (e.g. on the way home, that first day together, her puppy-nose pressed against the AC vent), to this very moment (e.g. if I lean back I can see that she's rearranging the pillows on the bed, adjusting the covers, and burrowing in for a nice nap). There are bills that go with being responsible for her, as well as frustration and worry as she gets older. She makes each of those moments and feelings seem so small in comparison to the amount of love and trust she shows us. Every moment of her life with us is, and will always be, completely worth it. The best moments, for me in particular, will always be when she leans her 80lb body against my side, then slides down enough to lay her head on my chest for cuddling.

Rowan, and every dog my family has previously been blessed to know, was a rescue--from highways, shelters, and abusive situations--who, in their own ways, very much rescued us from an ordinary life. To be honest, I'd go back and let Caryn get puppy-peed-on again if it guaranteed more time with Rowan. I would say the same for any of my former little heroes--the special, the brave, the too-smart-for-us, the magical, and the patient.

There's an amazing kind of magic that comes with, and from, having a dog. Regardless of how we come by them, be they mixed breed, purebred, prettiest, ugliest, hairless, shedding tumbleweeds of fur, or have stigmas attached to them due to misinformation, our time and patience and effort and love--all of it--is given back to us in an immeasurable way.

Ready for a new friend, a bit of magic in your life, or are thinking about taking on the responsibility of a dog (or cat!)? I recommend PetFinder. Help animals, young and old, find a forever home.