Over the past several months I've been telling myself that I should do what I can, when I can, and not push myself unnecessarily–it's been about a healthier me, both mind and body, though mostly body. It would seem that reverse psychology works really, really–like really, really–well on me.

So far this year I have dyed more than I did in the latter half of last year, and I didn't even procrastinate the photographing and listing of the finished items in the shop. Really pleased with myself over that one! Now, to be fair, the times I've dyed this year can be counted on one hand and the amount isn't all that great. It's partly because it's still January, but also because I can't production dye large batches. It's more about what I'm physically able to do and less about not having the proper space. I know this about myself and I'm okay with that. Truly. 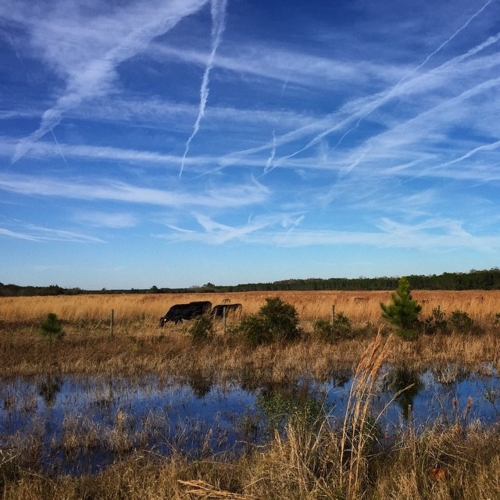 Small moment to myself for recharging creativity

Because I'm okay with that, I'm trying to work out a new system for myself, a new way to look at what I can do, then being satisfied with what's accomplished. Let's call it... Project Make Today Count. And by that I mean for me to focus on small things–small moments, small achievements, small...well, you get the idea. Instead of worrying that I'm not dyeing enough, accept that progress is still made if I simply plan out colorways that day. Instead of being consumed with how to get product awareness out (which is still important, but I don't need to stress until my body is tightly wound), be satisfied with knitting or crocheting a little bit here and there with my own yarn. Bonus points for minor bouts of productivity, since photographs of my progress will eventually be seen in shared moments on Instagram and Ravelry.

There are other ways in which I can make each day count and I'm curious what they'll be and what I'll make of them.